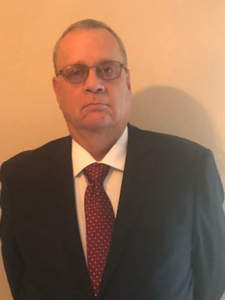 Clay Woodgate has been in the Maritime Industry for 40 years. He started out as a cadet with Cunard and P&O and worked his way up into management positions. He then became the lead for Lanco International in there successful Arbitration for Breach of Concession agreement relating to their Marine Terminal in Buenos Aires. He was Director of Strategic Planning in the Joint Venture Building with KCS of the New Panama Canal Railroad. He was CEO for Cesmec USA inc. presently he is Director of Logistics and Transportation for Scafom-Rux a Dutch Worldwide manufacturer and distributor of scaffolding equipment. Clay is married with two daughters and one granddaughter.